Caves are fascinating to kids- which is why visiting caves with kids is such a great family field trip to take as part of a DIY summer camp! I am not sure what appeals to the kids more- the darkness of the cave, the cool temps inside, being underground, or even the wonder of how the cave was discovered and what might have lived there! Visiting a cave should definitely be on your summer or vacation bucket list! 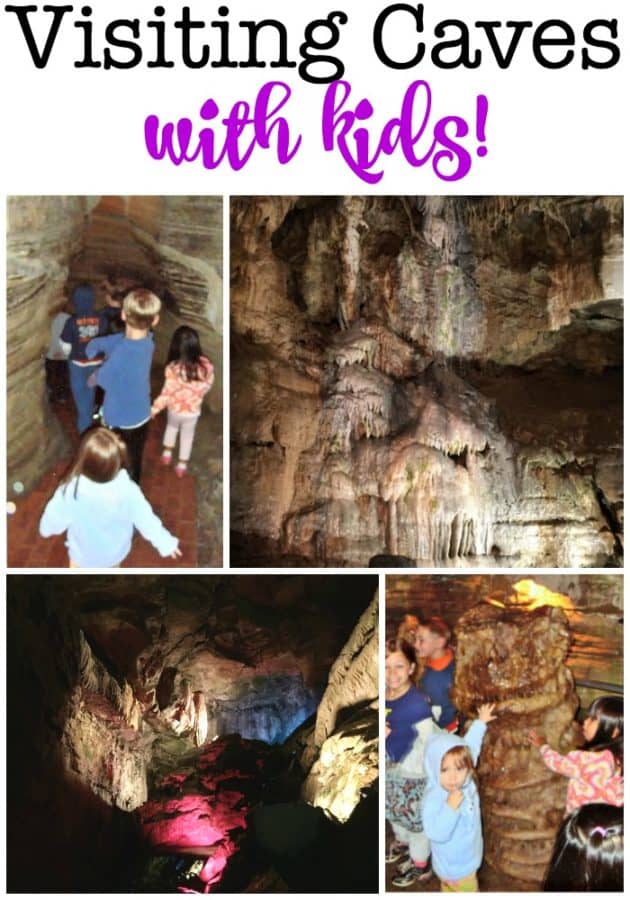 One of my kids' favorite parts of touring a cave is seeing the stalactites and stalagmites- especially in places where they have merged together into columns.

But the best part of visiting a cave is when you are fortunate enough to get a great tour guide- one who makes the history and the facts of the cavern come alive for the listener! 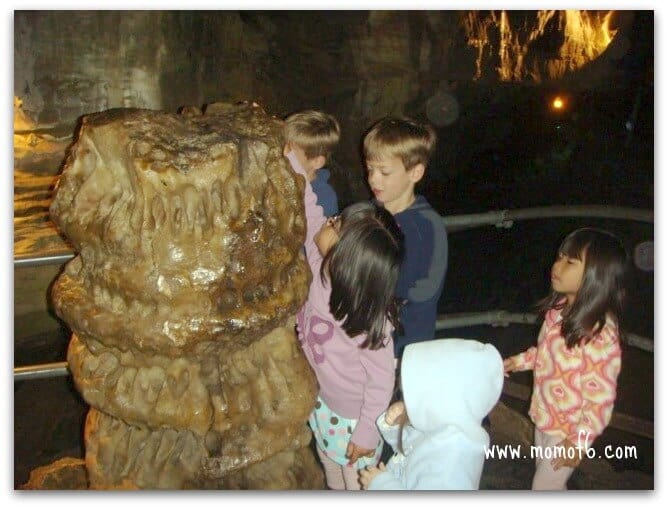 Please note here that this stalagmite was purposely enclosed in a way to allow guests to touch it and take pictures with it. While walking through caves you should always stay on the designated footpath and not touch the walls or any cave formations. Oils from your skin will be deposited onto the surface of the cave and will alter the natural growth process.

Our fascination with caves started when we first visited Howe Caverns in upstate New York. Our tour began with an elevator ride down to 150 feet below the Earth's surface. Howe Caverns is made up of many connected rooms, and the guide gave us an excellent overview of how it was discovered and what they know about the cave. The guided tour included a ride on a boat on the underground river- what a cool experience!

Howe Caverns includes plenty of narrow winding passageways which the kids found to be thrilling- especially when they looked up and could see the narrow corridor continuing above them! 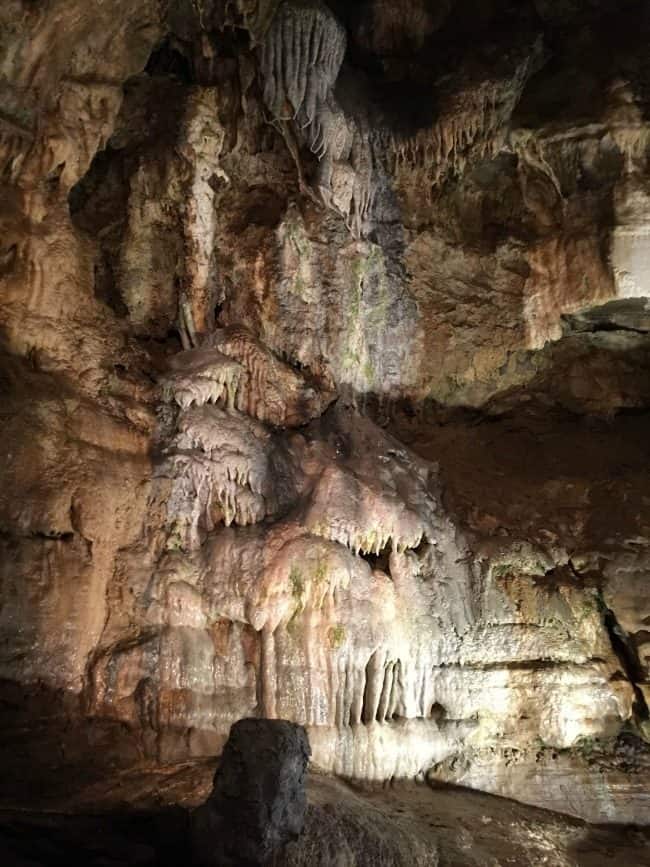 We have also visited the Lost River Cavern in Hellertown, Pennsylvania. This cave is a smaller “system” consisting of only five chambers and is a “baby cave” at about only 250,000 years old. (The Howe Caverns are around 6 million years old!) 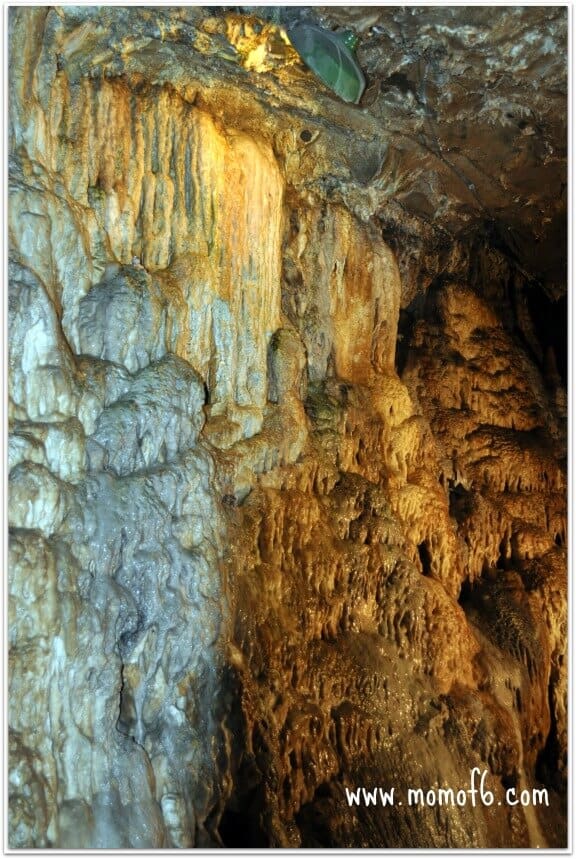 This cave wall is covered it what looks like melting rock (I think it kind of looks like Davy Jones's face from Pirates of the Caribbean!) that is called flowstone. 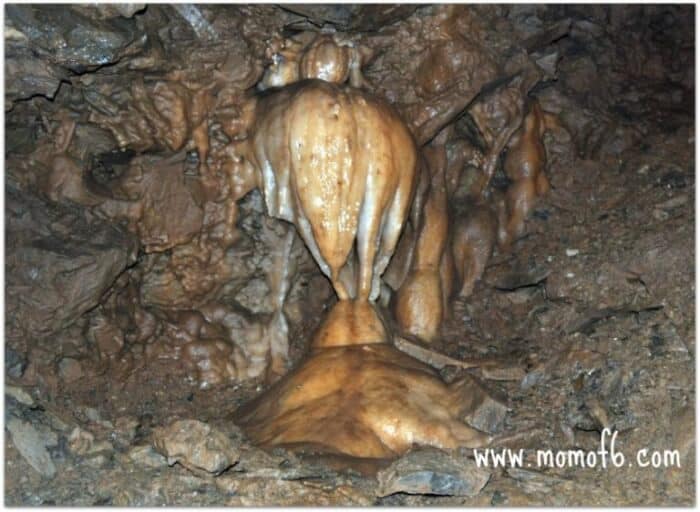 A stalactite and a stalagmite that has met in the middle to form a column.

We've also traveled to visit Mammoth Cave in Kentucky- the world's longest cave system with more than 392 miles of interconnected passageways! The kids were able to take an adventure tour that was only open to tweens where they were able to scramble inside of tunnels and climb cave walls with a guide- and they loved it!

One thing that cracks me up about every cave I have ever been to is that they all have a wedding chapel inside! It feels a little creepy to me (and not the least bit romantic) to be married in a cool, damp, and dark place!

Want to Visit a Cave with your Kids?

If you are interested in checking out some caves that are close to you- Wikipedia has a full list of caves by state. Be sure to click through the list to see which caves are open to the public to tour and which are not available for tours.

Looking for some more great ideas for your DIY Summer Camp?