On Saturday we packed up the car, left the beautiful city of Colorado Springs, and drove the longest leg of our road trip journey- all the way out to St. Louis Missouri. A distance of more than 850 miles that would take us about 14 hours to travel. This would be the first time that we were staying in a big city on our road trip, and staying in a big city hotel where my car would be valet parked meant that all of our belongings wouldn't be quite as accessible during our time there- so we had to be strategic about what we unpacked and what we left in the “Mommy bus.” And our stay in the city meant that we wouldn't be hiking and exploring as much as walking and sightseeing…. so it was going to be a different type of adventure for us, but one that I was looking forward to. 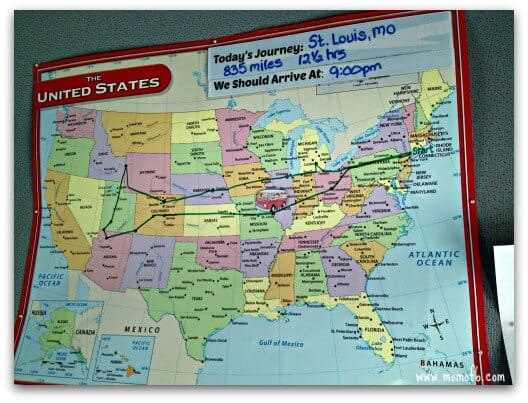 The kids were great about handling the long car ride….. but all I can say is- Man! Kansas a big long state! To break up the trip we stopped for dinner at Outback Steakhouse on the way (yes, I know that we should have enjoyed some Kansas City BBQ instead…  but I had to make a pick that would excite the kids!). When we arrived at our hotel we were thrilled to find that we were given 2 adjoining rooms that overlooked the St. Louis Arch! It was nighttime- the city was beautifully lit up, and we could see horses pulling carriages on the city streets below. The view outside our hotel window truly seemed magical. 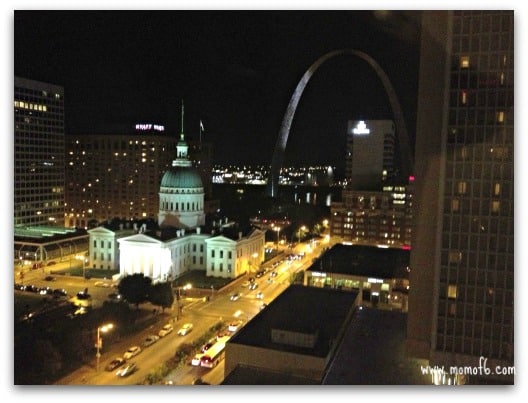 After partaking in the hearty breakfast buffet at the hotel, we headed out on Sunday morning over to the St. Louis Zoo- which is rated one of the best family zoos in America. The zoo itself is free, but parking costs $15 (or $30 if you have to argue with the parking attendant as to whether or not you are really driving a commercial bus- an argument that I actually lost!). My family and I had Safari passes, which allowed us unlimited rides on the zoo railroad, carousel, and admission to the children's zoo. The exhibits at the St. Louis Zoo are fantastic! We especially loved seeing the elephants- were you can see you baby that was born this past April and a “toddler” that is approaching two years old. They were so cool! We also loved seeing the lions, zebras, camels, giraffes and the meerkats at the children's zoo. 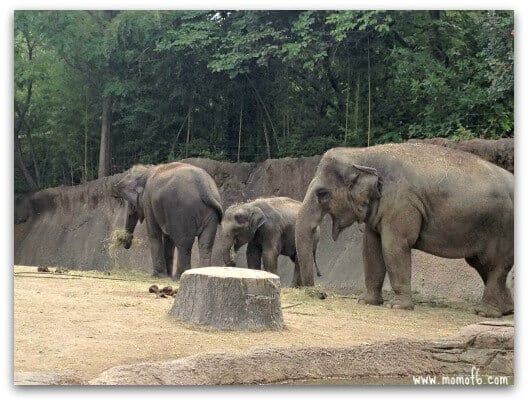 On Monday we headed over to visit some of the St. Louis monuments that you'll all recognize- like the Gateway Arch that was was completed in 1965 to celebrate St. Louis as the “Gateway to the West”. Beneath the Arch is the Museum of Western Expansion where visitors can learn all about the Lewis and Clark expedition, something that really resonates in our family as my husband is actually a descendent of William Clark- the explorer! We loved seeing the film about the Lewis and Clark expedition and learning all about that incredible trip commissioned by Thomas Jefferson to map a route to the Pacific. 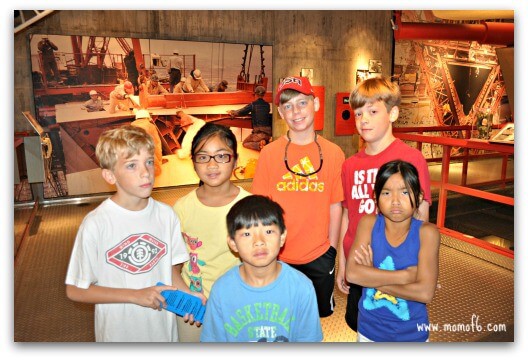 But it was our to the ride up to the top of the Gateway Arch that was the most memorable. You begin by climbing into a space-age pod/car that seats five people (although we squished all 7 of us inside). The pods themselves follow each other along the track that curves its way up to the top of the arch. And the pod has a set of glass doors that you can see through as it travels- so you can check out the inside of the structure which is pretty cool! When you reach the top, you can exit your pod and walk past the small narrow rectangular windows to the incredible views of the city of St. Louis 630 feet below. There is a National Park Ranger stationed at the top of the arch to answer your questions, and once you return to the base, you can also see a movie that shows how the arch was constructed. 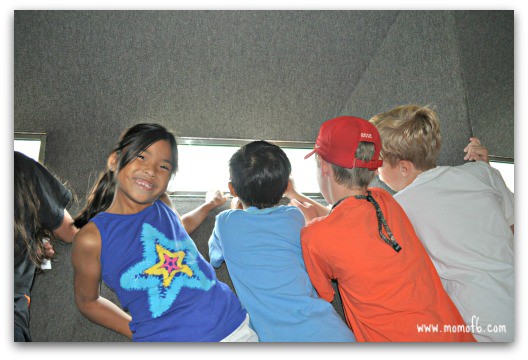 After lunch we took a ride on one of the Mississippi River riverboats for a one-hour sightseeing cruise. I learned a little bit more about the history of St. Louis and what life used to be like along the Mississippi. I thought the riverboat ride was really cool, but my kids found it to be a tad bit of a yawn. 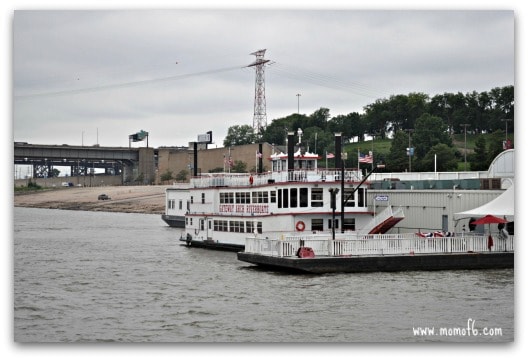 But the best was yet to come….. 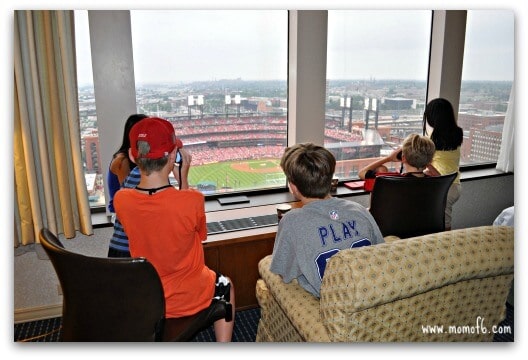 At 6:05 pm, the Cardinals played the Dodgers just two blocks away from our hotel at Busch stadium- and  we were able to watch the entire game- from our room! We switched hotel rooms earlier in the day so that we would have a birds-eye view of the game. I was worried that it might seem too far away and the kids would complain that they couldn't see anything…. but we had brought along our binoculars and the kids thought this was the coolest thing ever! We turned the game on the TV as well- and with the slight delay in broadcast (maybe a minute behind), it was like having instant replay of the entire game. We ordered up a few St. Louis-style this crust pizzas from Imo's Pizzeria, which is located right on the premises of the Hilton Ballpark and they were delish! Watching the game from our hotel room was awesome! We were a little bummed that the Cardinals lost 3-2, but we loved every minute of the game! 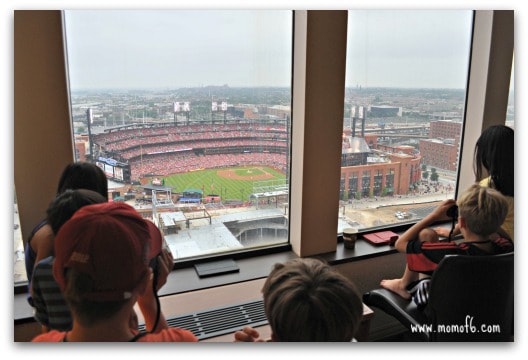 There is so much to see and do for families in St. Louis that we feel that we only just got started! We look forward to a return trip so can check out other attractions like Grant's Farm where we can see the Clydesdales, and the Anheuser-Busch brewery tour…. and next time we have to taste some of St. Louis is famous BBQ too! But for now, you can check out my video on 5 Fun Things for Families to Do in St Louis: