My kids have declared that the annual school Science Fair is their very favorite night of the entire school year! And as much as it is a challenge for me to shepherd them through finding an idea, executing the experiment, and then writing about it- seeing how much fun they have doing it and how enthusiastic they are about learning makes it all worthwhile. So today I share with you 12 great science fair ideas! 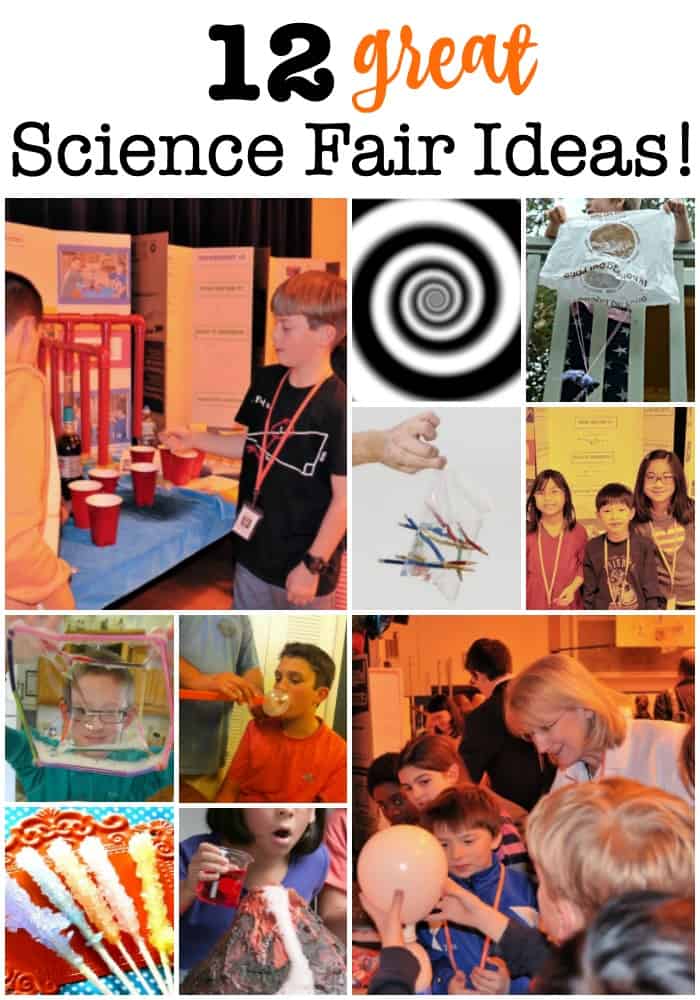 My son Spencer and his friend were inspired by this Steve Spangler video to build the Super Soda Dispenser 3000:

The “dispenser” combines diet Coke and Mentos to produce a kind of “explosion” that delivers the Diet Coke through the tubes into the glasses below. 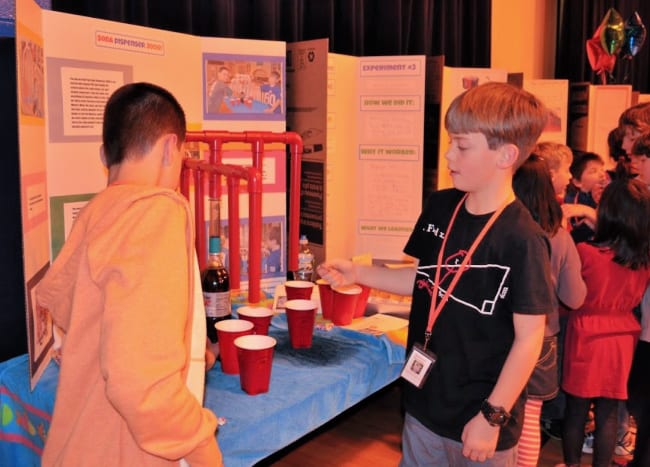 Spencer and my husband tried to modify the Steve Spangler idea in order to deliver 8 cups of Diet Coke at a time and the modification didn't work so well!

Having two stack sets of tubing stacked doesn't work as well as having just one long set of tubing- so if you ever decide to make a Soda dispenser of your own- I highly suggest following Steve Spangler's design! You can find details on the original project here: Steve Spangler's Super Soda Dispenser 3000

Creating Gas to Power a Car 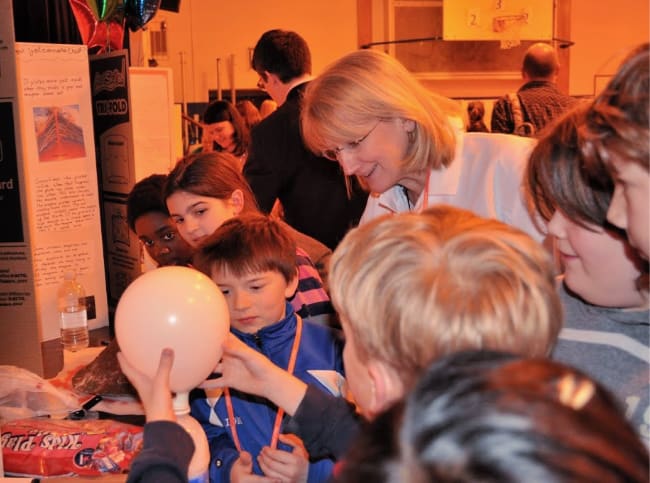 My son Jack and his friend decided they wanted to experiment with making a gas- which they produced by combining baking soda and vinegar and capturing the resulting gas inside of a balloon. They then used their balloon to power a vehicle- a small toy car.

The original inspiration for this experiment can be found here: Gas in Balloon from Mom to 2 Posh Divas and Balloon Powered Hovercraft by Scribbit 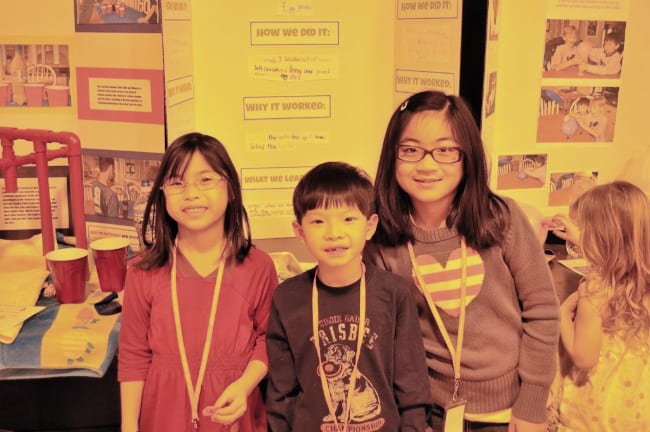 My three youngest kids worked together to create three “egg-cellent” science experiments! The first experiment was creating “naked eggs”, which is the removal of the eggshell by soaking it for a few days in vinegar. Remarkably, even with the shell gone, the membrane is still intact and holds the egg together! Inspiration from: Naked Eggs at ScienceKiddo.

So once the eggshell is gone- there are kinds of cool things you can do with them. For one- I've read that you can bounce them! But the idea of possible raw eggs smashed into the gym floor prevented me from exploring that idea! So instead we focused instead on learning about that strange egg membrane that still holds the egg together when the shell is removed.

We immersed one naked egg in water to see if it would expand further, and another we immersed in corn syrup to see if the water inside of the egg would pass out of the membrane (which it did!) Inspiration from: Shrinking Naked Eggs at Science Sparks

My youngest daughter was intrigued by the idea of creating egg geodes by growing crystals inside of clean-out eggshells. She experimented with solutions made from borax, sea salt, and kosher salt, and each one produced a unique result. Inspiration found at: Egg Geodes at Tinkerlab

Kids love optical illusions. But how do they work? And why don't they work for everyone?

My son Jack and his friend were inspired by this video optical illusion from Steve Spangler Science and used it as a starting point to build an entire science project around optical illusions and “mind tricks”! 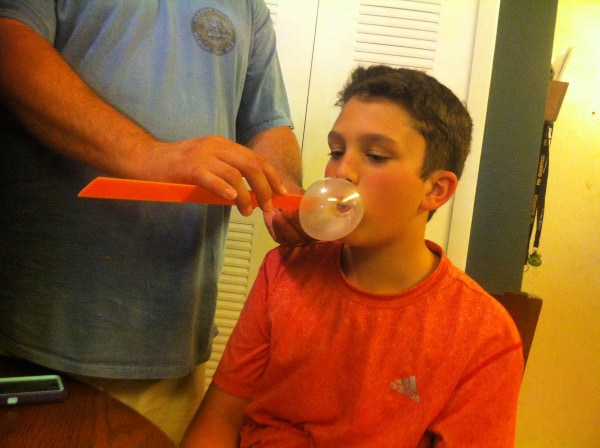 Kids love bubble gum- and there are lots of science experiments you can craft around gum.

Which gum blows the biggest bubbles (courtesy of Danger Cook)? Which bubble gum keeps its flavor the longest? What is the best way to get bubble gum out of your hair?

My youngest three have teamed up together to tackle these important bubble gum questions! 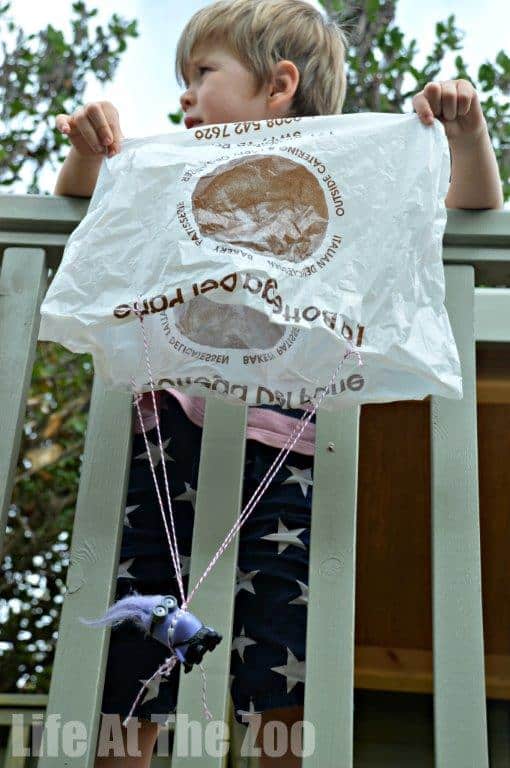 What kind of parachute works best? One with a larger tarp? A lighter-weight one? A heavier or lighter parachute-guy?

Kids can form their own hypotheses and test them. (Idea courtesy of Life at the Zoo)

Which Will Freeze First? 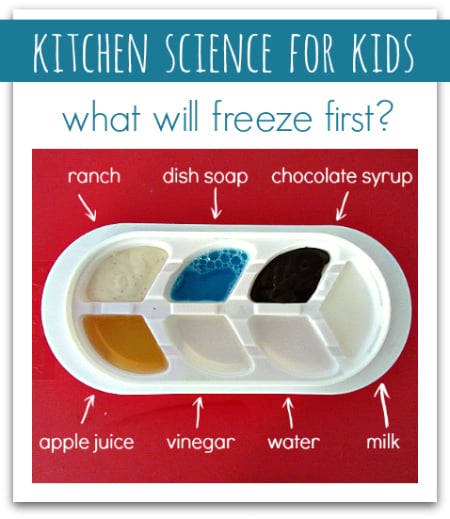 This is a simple idea that even your kindergartener can do- gather household liquids and see which ones will freeze overnight. Allow the kids to offer their best guess and see if they are correct! (See the whole experiment at No Time for Flashcards).

Science Fair Ideas: Can You Blow a Square Bubble? 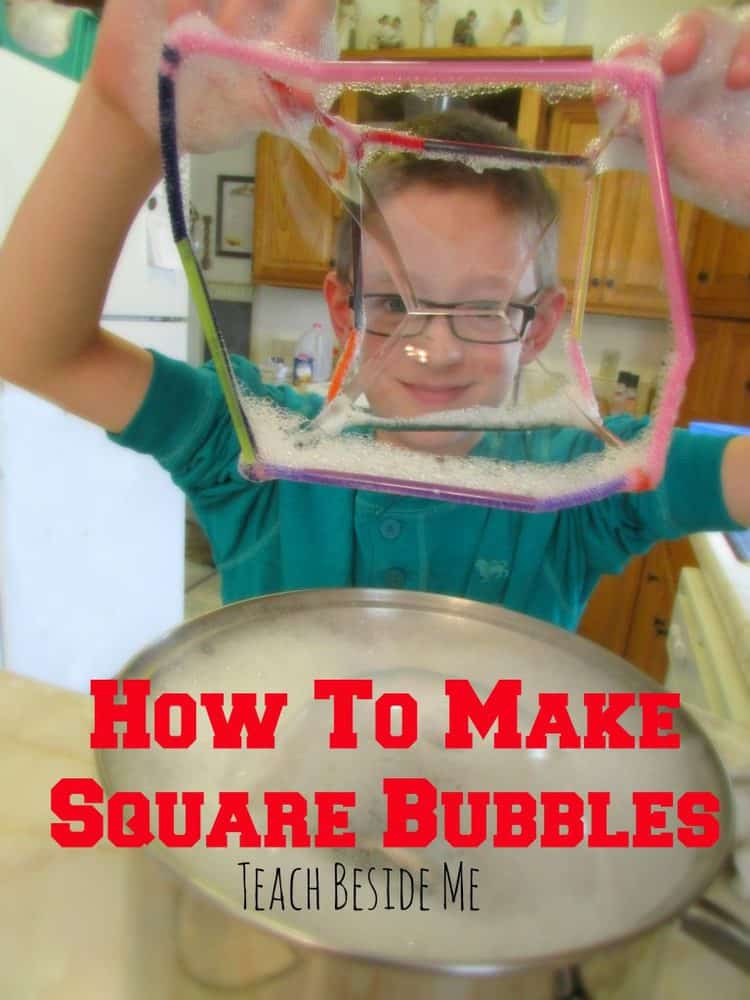 I love this idea that I first saw at Education.com that explains why bubbles are usually round, and then was beautifully executed by Teach Beside Me!

This one would be fun to re-create at the Science Fair and allow other kids to take turns blowing the square bubbles.

Or you can take the bubble idea a step further and create this giant bubble using a hula hoop and a kiddie pool! (Be sure to clear this with the school first- it could get messy having kids step into the pool of bubble solution!) My kids have seen this at Science Centers and they always jump in to try it! (courtesy of Steve Spangler Science) 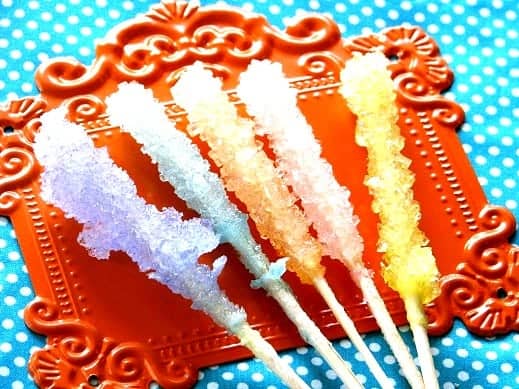 I've been to many science fairs over the years- and without fail- several kids will make rock candy. It's a fun experiment that demonstrates how suspended solutions work, and who doesn't enjoy a little rock candy? Gluesticks will show you exactly how to do it! 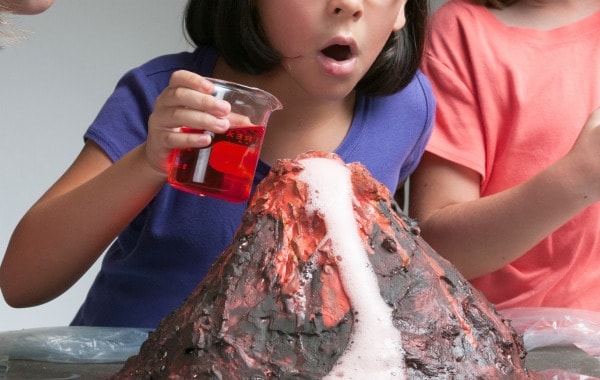 The other experiment you will see at every single Science Fair is the erupting volcano. All the kids want to do this because it is cool- and messy!

What I love about this volcano idea from Growing a Jeweled Rose is that she added pop rocks to her experiment, so it has sound effects too! 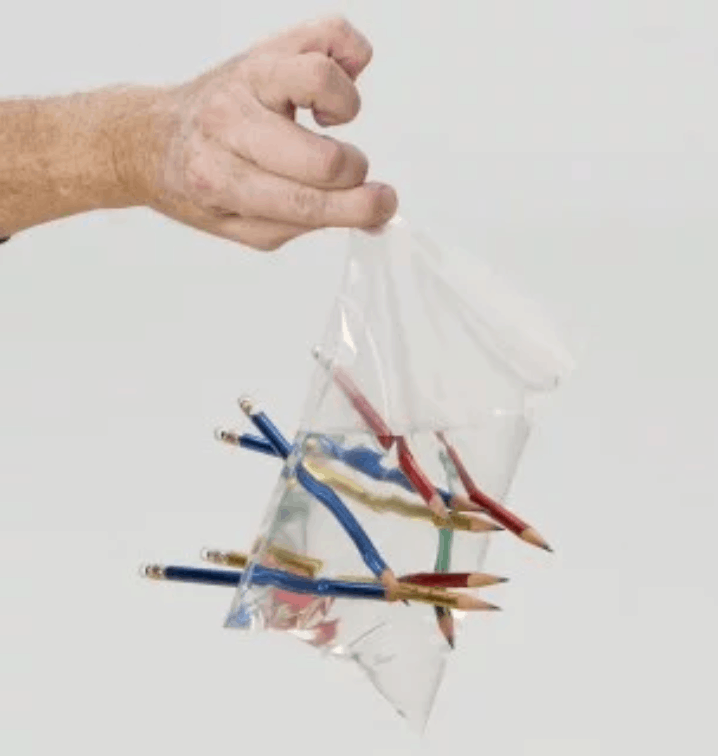 Because I just love Steve Spangler and he has the best ideas- I wanted to share one more of his amazing experiments- this one uses a regular plastic bag and explains how polymers work.

What science projects have you done with your kids for the science fair?